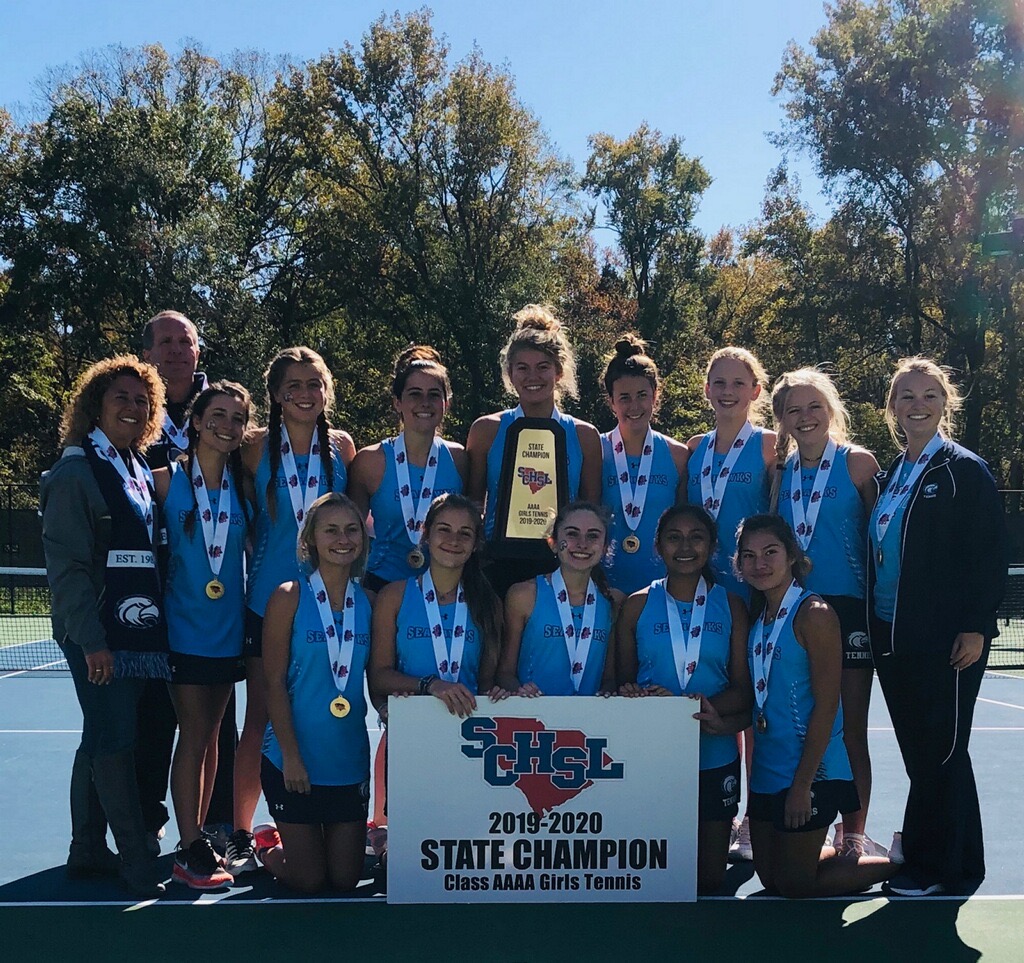 The Seahawks rolled to a 5-1 win over Greenville High in the Class 4A state championship match Saturday at Cayce Tennis Center, and they did it with a lineup that featured just one senior — No. 4 singles player Sydney Hall — and no juniors.

Hall took care of her part in her final match, beating Mary Wesley Few in straight sets, and she had plenty of support from the Seahawks’ youth movement. Sophomore Danielle Silvan was the first Seahawk to clinch her court with a two-set victory, and Hall was right behind her to give HHIHS a 2-0 lead. Freshman Sierra Seabra lost her match at No. 2 singles, but seventh-grader Hailey Poplin pulled out a tough second-set tiebreak to win in straight sets and bring the Seahawks to the brink of clinching the championship.

Freshman Emily Ruckno delivered the finishing blow, winning a first-set tiebreak and then breezing through the second set. Katie Watts and Madeleine Polltizer provided the punctuation with a hard-fought three-set victory at No. 2 doubles to end the Seahawks’ special day on a high note.

After two runner-up finishes in the past three years — including a loss to this same Greenville team three years ago — the Seahawks are state champs for the first time since 2012, when they won the last of six straight state titles.

With the talent the Seahawks have coming back for the next few years, another dynastic run is a real possibility.

No Events This Week

Events are added by athletic staff.
View All Events